Catrice came out with new nail polishes and they aren't your typical ones. Oh no, they decided to mask them into markers. I was wondering why this packaging isn't standard, to me it makes sense but I had to try them first. My curiosity was  so big that I would go out and spent 4 € and some change for one of these but then Cosnova team surprised me by sending one of them my way. 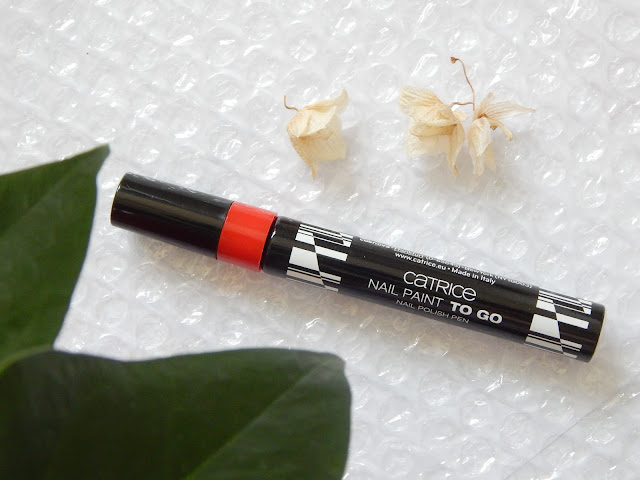 I receive Catrice nail paint to go in the shade Tomato Red Rush which is that classic bright red color. 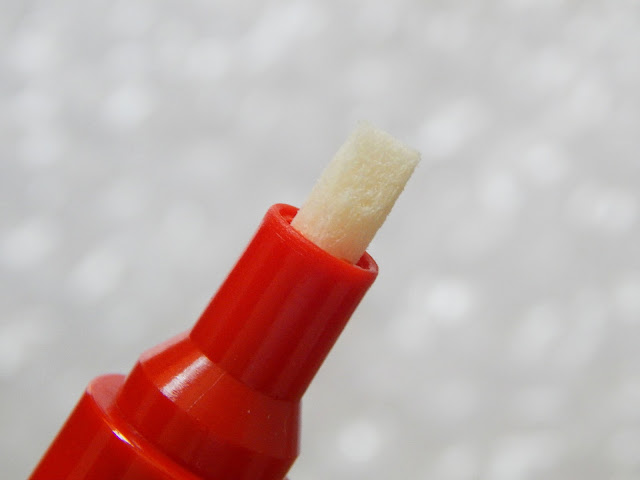 When you open it up there is the applicator that reminds me more of a marker than anything else. In order to get polish out you have to shake it and pres the tip against something hard and push it down. The tip is very hard and when you are pressing it down it is getting less hard and bushier. I hope that makes sense. 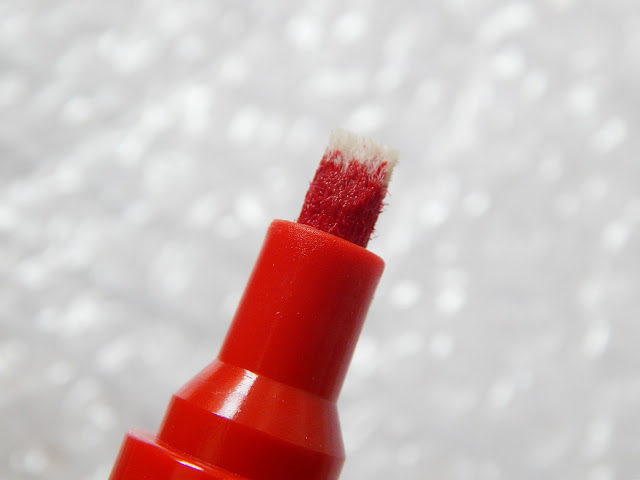 Then the varnish starts coming through and you repeat that (shaking and pressing against something hard for as long until the whole tip is covered with the product). 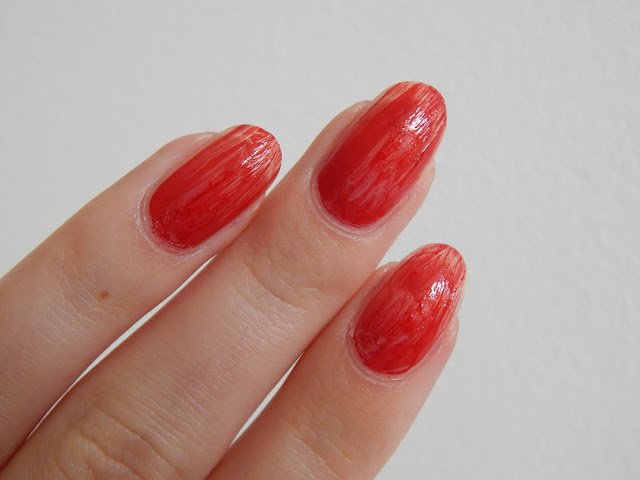 This is the result after one coat. Not very good, right? The tip is still very hard and it picks polish if you go over the same spot. The one good thing is that it did dry fast and I was ready for a second coat pretty fast. 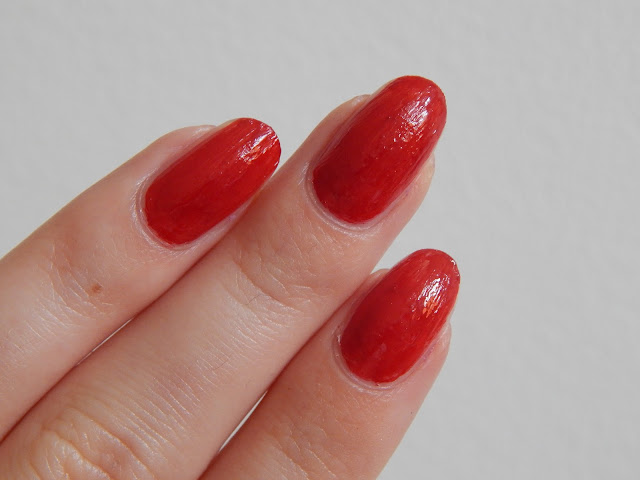 This is after second coat. It covered my nails but the texture was very obvious. 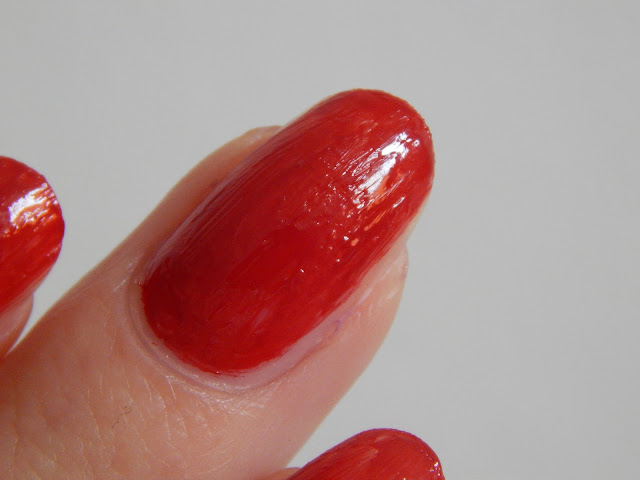 I didn't like it. I wore it for a day and pretend that this is something new and trendy but on the second day I caved in and apply something shimmery on top to cover the texture up. I had high hopes for it but at the end I don't think this trend will be picked up by people. It was nice to try it out, especially because I didn't spent a single cent on it but that was it. I will rather buy 'regular' bottles of nail polish.

Thank you for reading and have a nice day
Posted by Bear Woods at 5:01 PM