I bought this blush a while ago, when it wasn't in the process of being discontinued. I have the other two colors and I love them so much that they are in my top five blushes but this one feels a bit different. 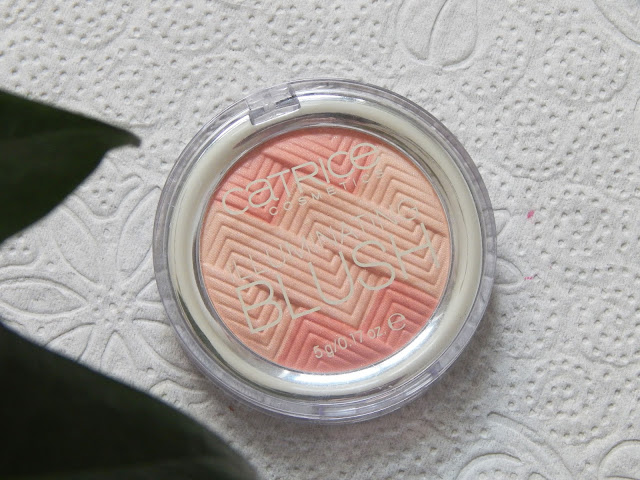 It is Catrice Illuminating blush in the shade Coral me maybe, is it just me or anyone else can hear 'the song'? 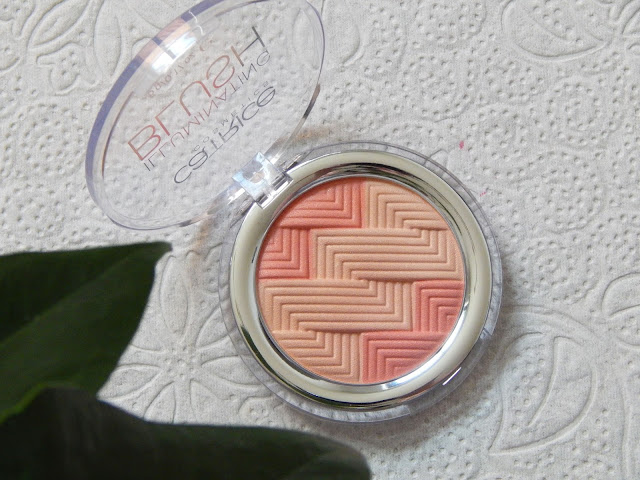 It looks beautiful with it's zig zag pattern and I have a soft spot for peachy/coral blushes so I predicted that I will love it even before I spent my money on it but I was left disappointed a bit or maybe I should say that it is not what I expected to be.
Yes, this blush too has some random shimmer particles but they don't bother me since I like some glow on the cheeks, it is the color that surprised me. 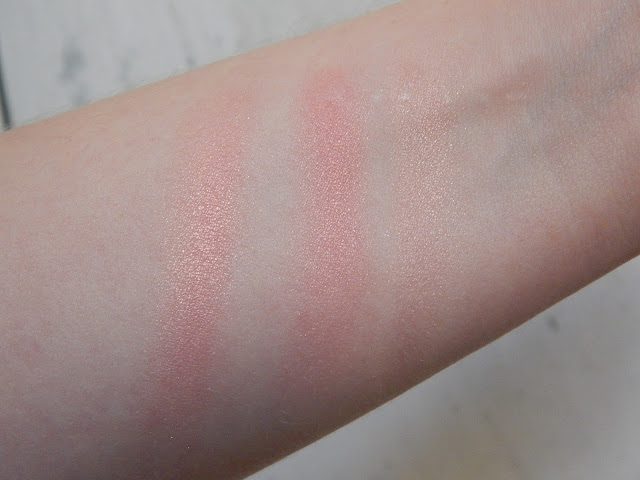 First swatch is made with mixing both colors together, second one was hard to get because of the placing in the pan but I tried and manged and the last, barely there stripe is made only with the middle color.
As mentioned I love the other two shades (I'm nuts about you and La vie en Rose) but this one felt a bit flat. When I swirl my brush in it very little product gets on the brush and I just end up dipping my brush in it for at east three times for one cheek, I like less opaque blushes so I have more control but this one is just a tad too sheer plus the color is barely there. All I see on my cheeks is a golden glow, it looks like a highlighter on my skin (third swipe). It is not bad, it actually look nice but it is not what I expected, I spent my money on a beautiful looking peachy blush instead I got golden highlighter that actually looks nice but I already have around five other highlighters that gives me the same effect.
I hope this doesn't come across as a rant because it is a lovely product, it is just not what I was expecting. Did you ever buy something that looked completely different when you used it?


Thank you for reading and have a nice day
Posted by Bear Woods at 9:12 PM