for today I have comparison of the two nail varnishes. One new and other one old (discontinued) from the same brand. They are very similar but also different so do I need to keep both? 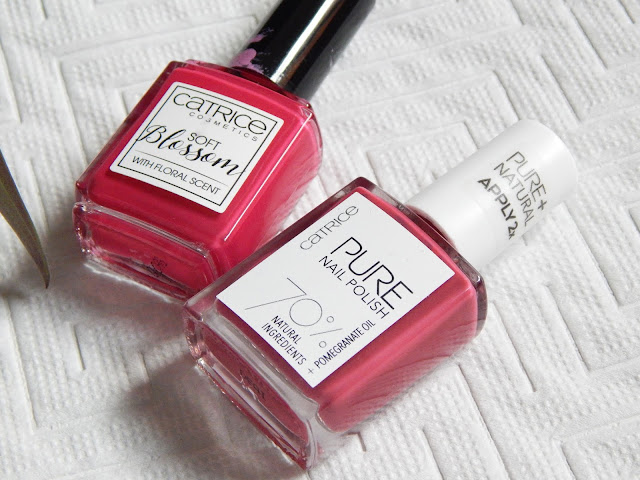 First is Catrice soft blossom Coachella Vibes and second is from Catrice new Pure line and is called Simplicity (one out of the five shades). 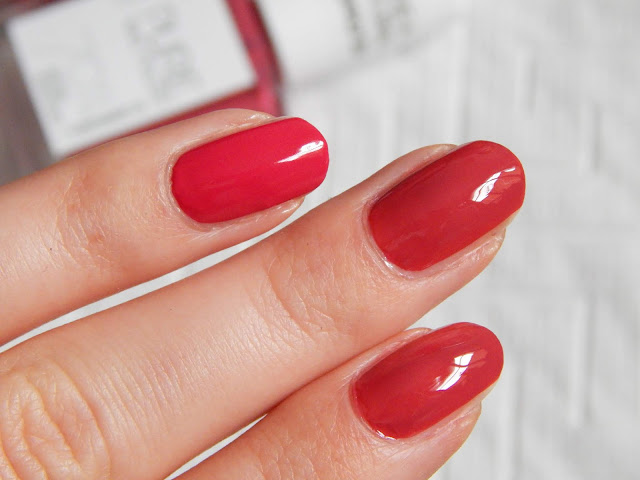 I decided to put Coachella Vibes on my ring finger (the first one on the picture) and Simplicity on the remaining ones. The new pure polish is a bit dustier compared to the CV which is brighter. I wore them for a week and tip wear was approximately the same on all of the nails, the removing process was also the same and with a bit of care they didn't color my cuticles.
I like this new formula but in my opinion the soft blossom varnishes were also awesome. When it comes to the color I actually prefer the discontinued bolder shade and owning both didn't make sense since I'm still trying to downsize my collection. I gave it to my sister who absolutely loves dusty shades and she loves it. She had it on for more than a week and that says a lot. Not only that she loves the shade she also enjoy the formula (Catrice is one of her favorite nail polish brands).
I would like to check the shade no. 2, Clarity (taupy-pink-mauve is how I would describe it).
Thanks to Catrice PR team for sending me this nail polish.


Thank you for reading and have a nice day
Posted by Bear Woods at 9:19 AM