Avon just came out with the new line of make-up and it is called Mark. I know that somewhere this line already existed so I was scared that they will discontinue the Color Trend range but thankfully they decided to keep it. The more I looked into the Mark range the more everything looked the same, they basically just repackaged old products and put on some new names. I still fell for it and bought three items. 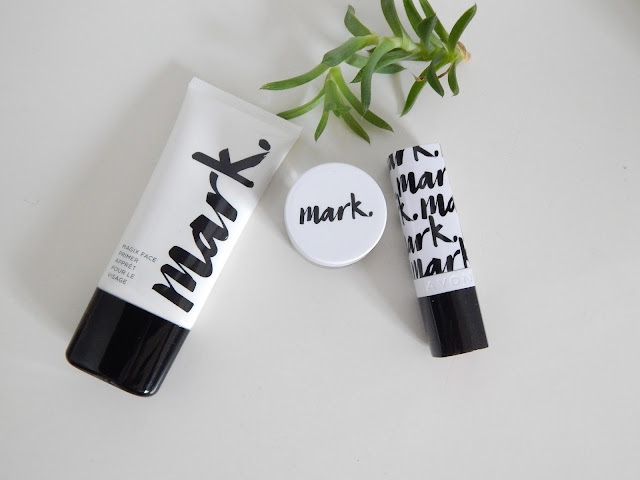 First is their magix face primer which I was using back when it came out and I was in high school. I wasn't using any foundations or concealers on top of it but my only issue was oily skin and this primer worked great. I will see how it will work with my BB creams and I will report back.

This little pot is another familiar product. I had it when they were selling it under Extralasting line with the red cap. However, I really liked the lasting formula and the unusual color but it dried so when I saw that they came out with the same shade I snatch it again. Now it is called 18h cream eye shadow and my shade is Totally Taupe. The color looks exactly the same but I will test it if they kept the formula the same.

The last item is the lipstick and they were marked as the 3D lipsticks, now they call them the plumping ones. This item was the only one I have never tried before and it seems like they changed some of the names, I found a blogger who had the entire collection of the old ones (in the frosted silver packaging) and now she has the whole new line and she confirmed that the shades are the same, they just swapped some of the names. I got for myself the light pink shade which is called Rose Kisses, before it was sold under Stolen Kisses name. So far I like the shade but I will have to use it more often to see how well this formula will work for me, I heard that this line is one of the best ones.

Give me a week or two to properly test everything and then I will report back.

Thank you for reading and have a nice day
Posted by Bear Woods at 5:49 PM