on my day off I decided to treat myself with a walk through the drugstore and pick some items up that were on my wishlist for a long time. It was just a coincidence that Catrice is having a sale on their ultimate nail lacquer line (the regular line which is getting replaced with the new ICONails gel lacquers, so far they have them as a LE but soon more shades will join the range and completely replace the round bottles as we know). There is one grey shade that caught my eye but I decided to wait for some swatches first, instead I picked up two 'old' shades and for now I have enough. 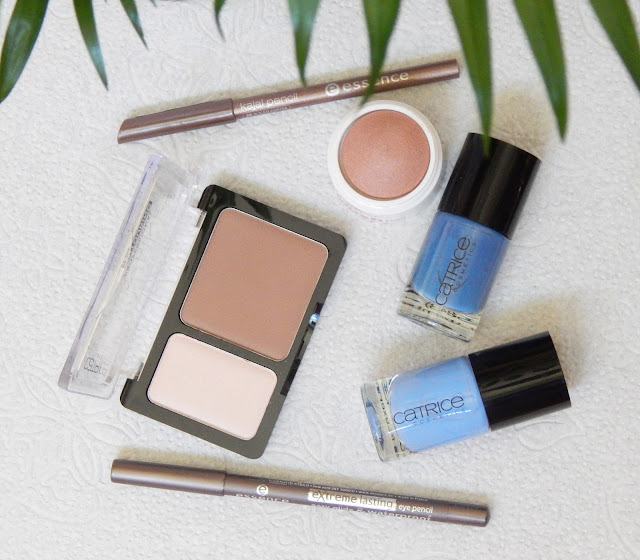 The biggest and probably the most coveted item is the Catrice prime and fine professional contouring palette in the lighter shade Ashy Radiance. I have heard only good things about it and now I finally got it for myself. I don't have any contouring powders and it looks like this would be a good one to start with. 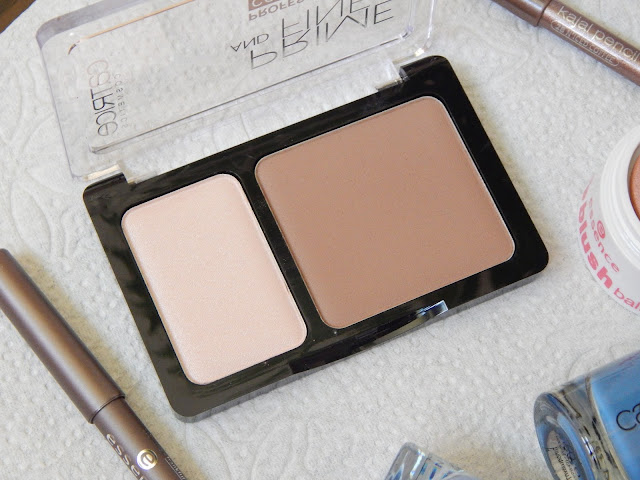 Second is another cheek product but this one is from Essence and it is their blush ball in the most neutral almost bronze shade Cinnamon Candy. I have locked my eyes on this blush since it came out, the other two shades are also pretty but this particular color really stood out and I had to pick it up. 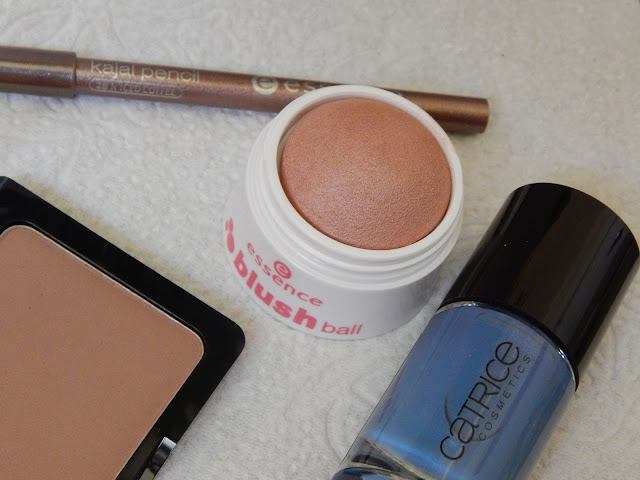 As mentioned, these polishes are getting discontinued and were on sale so I went through every shade and only the two blue interested me. They are very similar but since the prices were reduced and I haven't bought any nail polish bottles this year I could justify purchasing both.
The top, slightly darker and with some tiny shimmer is called Summer Nights Sky and the bottom one is named The Sky so Fly. 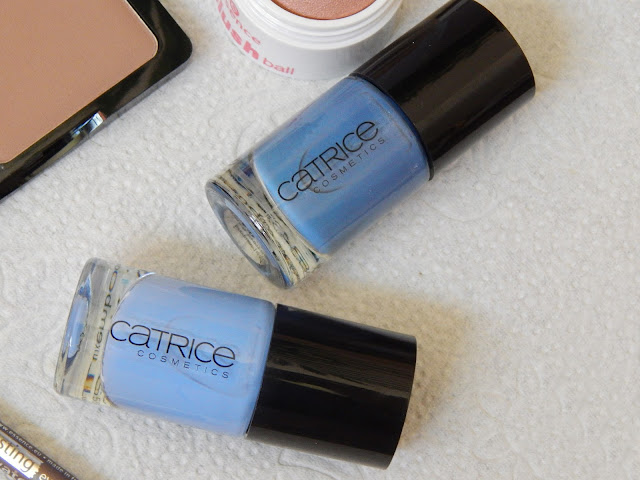 Two more products that look almost the same in terms of tones but I'm looking for a dupes of a discontinued pencil from Avon and these two shades looks very similar.
They are both from Essence the top one is from their kajal pencil line and the shade is N'iced Coffee and second one is Extreme Lasting easy glide and waterproof pencil in the Rockin' Taupe. 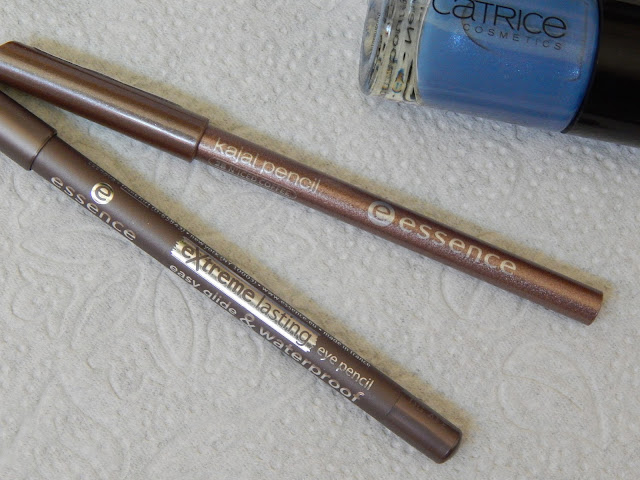 Rockin' Taupe and N'iced Coffee might look similar but the formulas are different and one is even supposed to be waterproof. I hope the shades will turn out the way I want them to and that they won't smudge all over my lids. 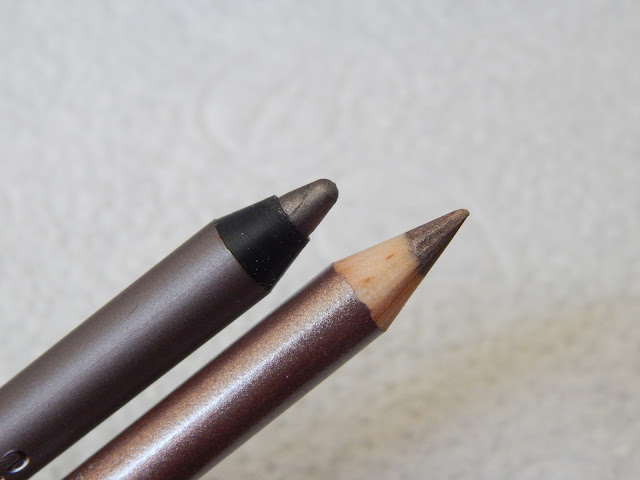 Thank you for reading and have a nice day
Posted by Bear Woods at 11:08 AM