for today I have a handy dandy little shadow palette. It is so small that sometimes it gets lost in my big collection  ;) 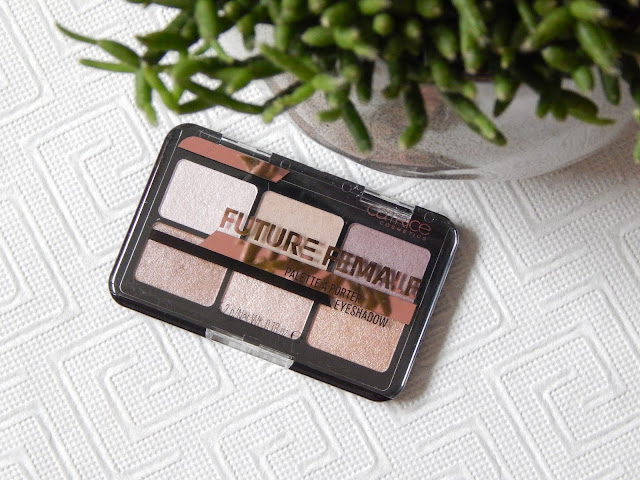 It is Catrice Future Female eye shadow palette. I had a different one in the past and after testing that one I decided to get another one in a slightly more mauve color scheme. 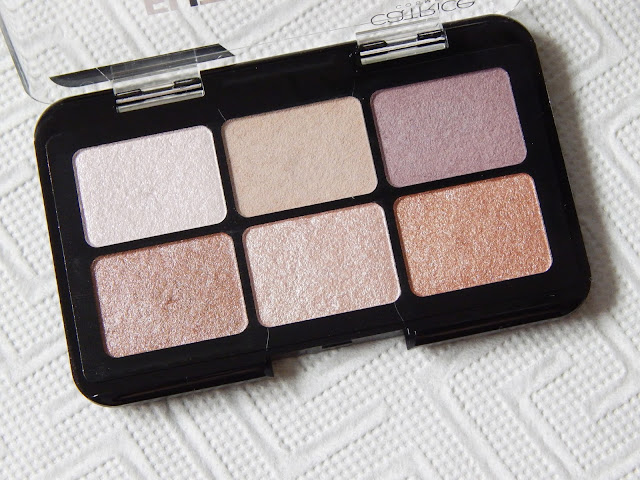 I like the super thin packaging, it makes me think about traveling (not that I can go somewhere) but it gives me hope that one day we will travel again and I will take this little buddy with me. 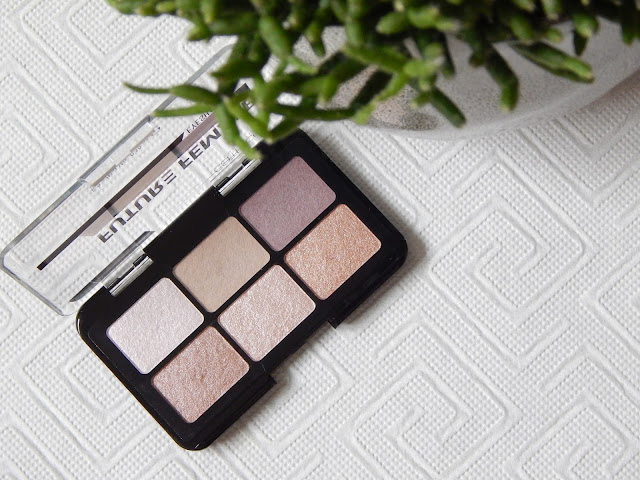 It has nice sades of neutrals in it and also some more 'out there' shades like pink and mauve. For someone like me, who doesn't deviate much this palette is safe and a little wild at the same time. 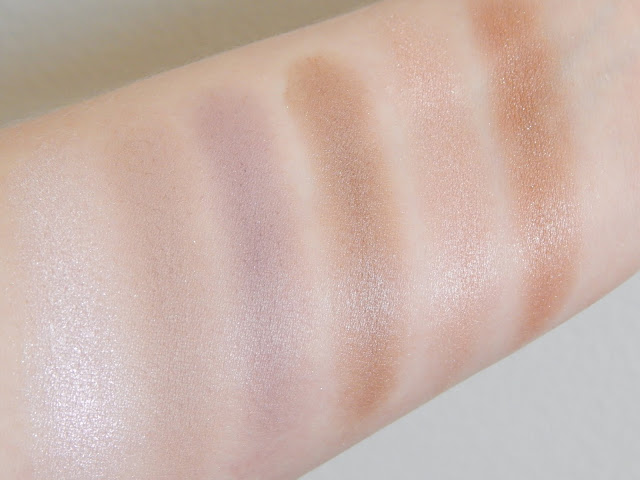 They swatch nicely but I noticed that they don't layer well. It feels like they need a slightly sticky base to stick to it, powder on powder just doesn't live up to its potential. 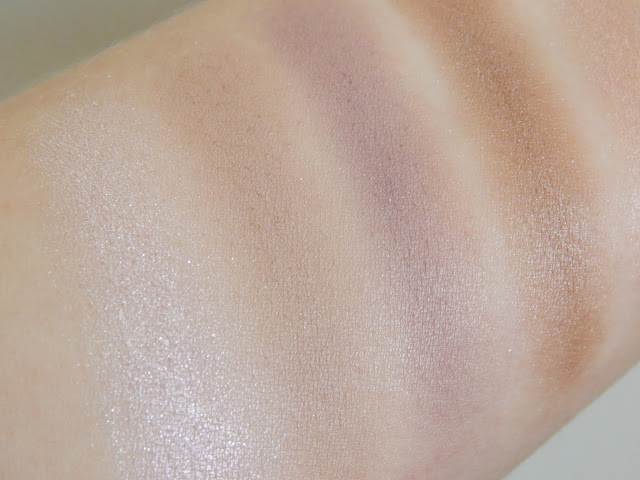 Second is a lovely, neutral brown with a matte finish. Great for base but whenever I would layer something on top from this palette it didn't want to stick to, so now I resort to different shadows to put on top.

Third is similar, a lovely matte but in a mauve tone. I will admit that this was the shade that sold me this palette. In a way it looks like a bruise but I wanted to see if I can pull it off and in my opinion I think I can, plus it makes my eyes appear more blue. 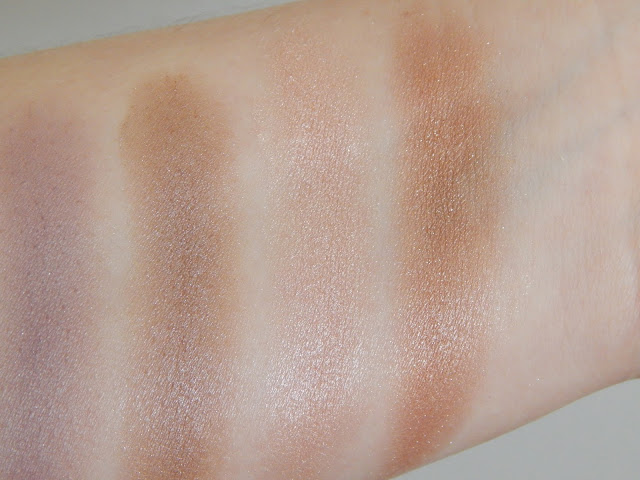 Next shade, the only true brown that is placed first in the bottom row has some over spray. I the packaging it looks shimmery. First couple of times that I used it the shimmer came off and now it is borderline matte with some shimmer sprinkled on top, so much less as what I was promised just by looking at it (swatch is made later, so this is the 'real' finish). I wanted to have this glowy shade so I was disappointed but now I think it is more versatile like that.

Next is another one of my favorites and it is light nude-pink shade with tons of little shimmer. It is absolutely lovely on its own but I hoped to wear it as a topper, I still can but it doesn't pop as I wanted it to.

The very last shade is my least favorite but not because there would be something wrong with it, it is just the warm bronze tone that I'm not such a huge fan of. I think it pairs well with cooler tones and if I feel like it is too cool I can really quickly warm my look up by using just this baby.


I think that this palette is nice all in all, super thin and portable, for me it also has a nice color selection but lack of layering is a bit of a bummer. If you already have similar shades you most probably don't need it but if you like the entire palette and maybe don't have that many I think it is a nice one to have around, especially if they will put it on sale (I don't know that, I'm just speculating) but probably I will pick up the neutral one, the one that was released last... we will see. I think the range shift is just around the corner.

Thank you for reading and have a nice day
Posted by Bear Woods at 10:37 PM