a while ago I received this eye shadow palette and I was pretty excited because Bourjois products aren't the cheapest and they are sister brand of Chanel. I heard people comparing the two brands and come to the conclusion that both lines carry similar products so you can imagine how high I felt. 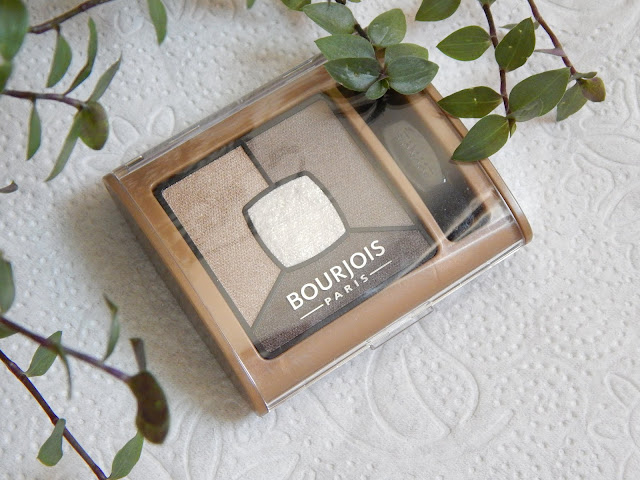 The packaging on this Smoky Stories eye shadow quad feels a bit cheap and they also gives you one of the double ended sponge tip applicators (some like L.O.V. ones feel really nice and are usable this one however was a bit flimsy and I didn't use it).
Mine quad is called Upside Brown, overall brown and beige tones look natural and ready for a quick everyday use. 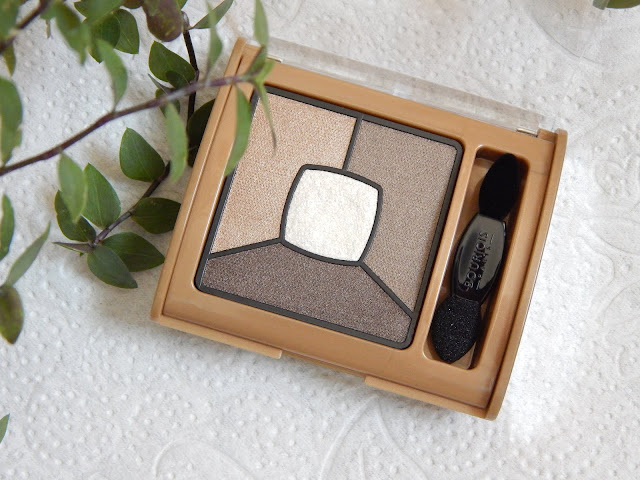 This middle shade was impossible to take photos of so here it looks like it is white but wait to see the swatches. 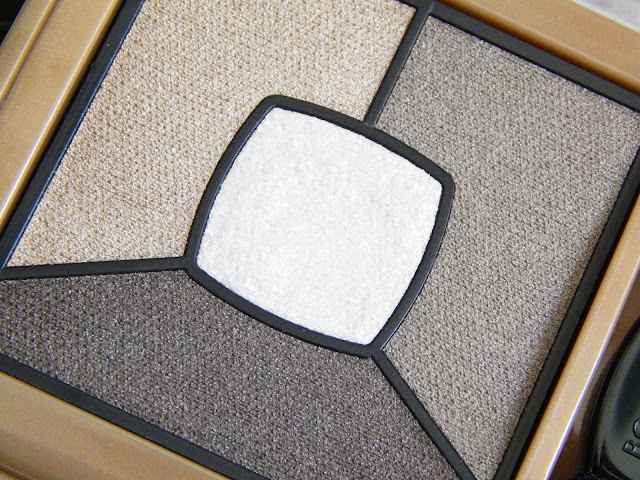 The texture is soft and they don't kick a lot of powder, pigmentation is average and I think that the shadows are very easy to work with. 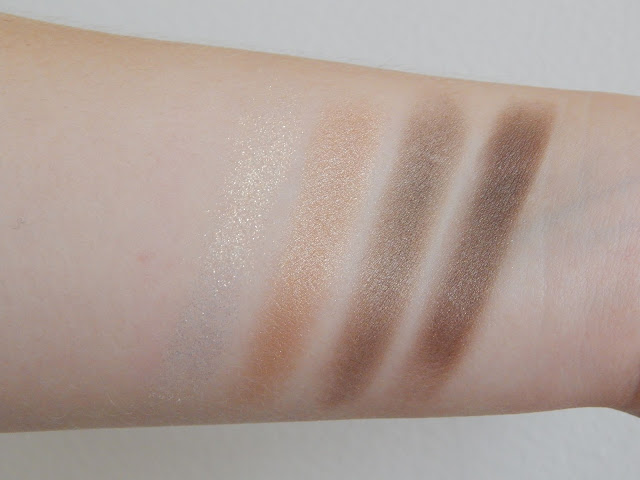 The middle star shade is a champagne gold and it sparkles like a diamond. The white base doesn't translate on the skin and I think that this shade is pretty on its own or applied on top of something else.
The left shade in the pan is a warmer light brown. Nice, it is quite unique in my collection and against my blue eyes it creates nice contrast.
The last two shades look very similar on the skin. First one is a bit lighter and cooler than the other one but when you blend them on the lid the difference is minimal and I don't think that it matters which one I used.

Even though I was excited to receive it and play with it and I liked the first two shades the overall feel of it is that it is not that special and I have a lot of other shades that I like better. I have used it a couple of times and then I passed it down to my sister who doesn't have so much make-up and she is using it way more than I would.