blue nail polish is one of my favorite things and last year I bought and received plenty of them so my collection really grew (in blue department) and so I also discovered two very similar tones. Both were given to me by my sister who isn't into blue varnish that much so I adopted them and wore them together to see just how similar they are. 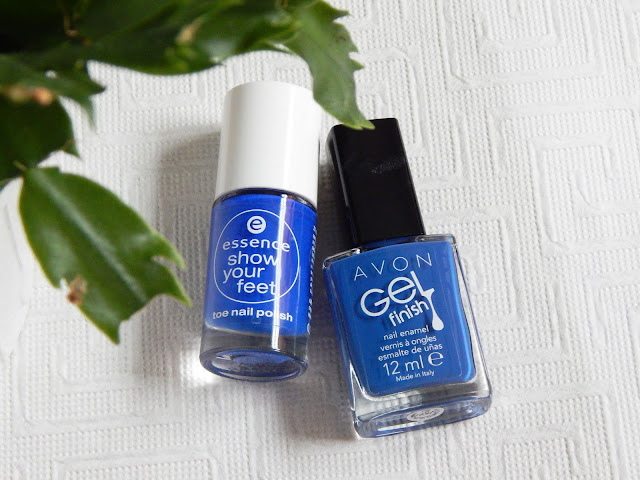 First is Essence show your feet (I think this line of polishes is no longer available) in Electric Blue and Avon gel finish in Royal Vendetta.
Bright blues sometimes don't need a shimmer to shine. Both are glitter free and so electric, bright and happy even though they are cool tones. 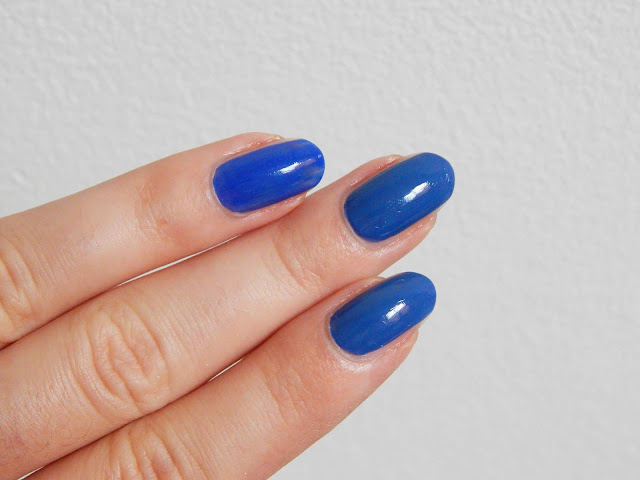 The difference isn't very obvious but on the first nail (ring finger I'm wearing the Essence one) and on the other two is Avon's. Essence still comes across as a bit brighter and makes the Royal Vendetta from Avon look a bit dusty.
I think they are both beautiful and since I love blues I can't force myself into giving one of the bottles away. They both were rather okay at removing. They didn't particularly stain my nails, the cuticles were looking a bit green from both but extra soaked cotton pad removed even that.
I decided to use Electric Blue from Essence from now on (because I like it a bit more) and when I will finish it I will work on the Avon bottle.


Thank you for reading and have a nice day
Posted by Bear Woods at 2:23 PM