this time around I have a little less items but I'm trying to go through so many products which makes it hard to focus on just a couple. Every year I'm trying to finish as much as possible to start a new year with less stuff and sometimes I do better and sometimes not so much  ;) 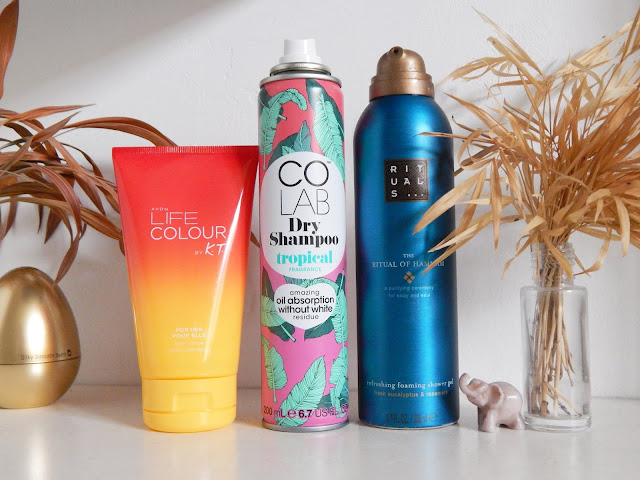 In the bright tube is Avon Life colour lotion by Kenzo Takada. It smells fruity but quickly it turned plastic-y. I wonder if I got a really old one? I definitely won't be buying it again or the perfume version even though I doubt that the scent is the same.
Colab makes lovely dry shampoos in my opinion. The aren't as strong as the Batiste ones but they are nice (I previously finished two bottles). This one is Tropical but it is not your typical coconut scent (unlike the Batiste Tropical which I despised) but it has Papaya and Peach in it. In my opinion one of the best ones and I will buy it again for sure but first I need to go through my extensive stash.
The last one is from Rituals and it is their The ritual of Hammam refreshing foaming shower gel with Eucalyptus and Rosemary. My sister is obsessed with this brand and especially with their shower foams. They are cool but I don't think they are worth the high price tag. This one is exceptionally minty and I like that in the shower, my sister knows me well. If I could find this cheaper I would get it again. 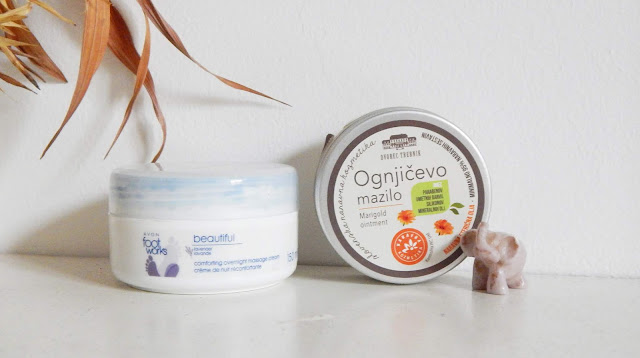 Avon comforting overnight massage foot cream with lavender was my long time companion. I had it for years and now it is finally over. It wasn't too greasy as the name would suggest but still I rather applied less. The lavender was a nice touch but I had better creams so I won't repurchase this one again.
The last item is this Dvorec Trebnik Marigold ointment. Well, this one is super greasy and it helped with my extra dry and cracked skin all over my body. It was nice having it around but now I'm using something else which is just as good.

Thank you for reading and have a nice day
Posted by Bear Woods at 9:48 PM