I haven't done one of these in a while so I decided that now is the time to pass or throw away some nail polish, call it Spring cleaning. 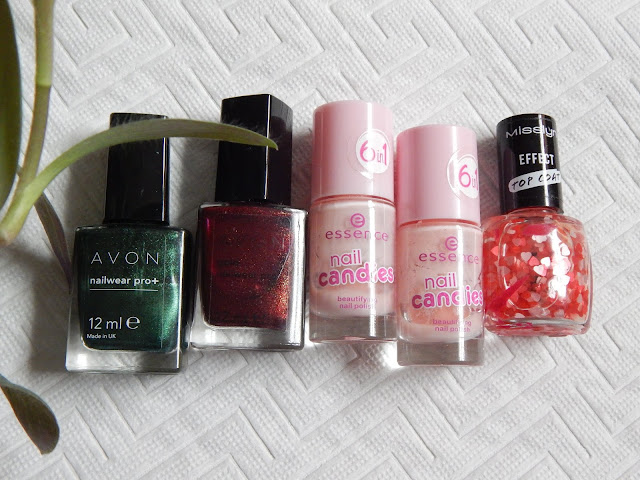 Avon Midnight Green is a beauty with still my favorite type of finish, shimmer. I absolutely adore this one and while the formula is still very liquid it doesn't dry properly and the same goes for the next beauty named Golden Wine. This was my backup bottle but unfortunately I didn't get to enjoy it because the formula is so old that it doesn't work anymore. I couldn't resist and applied both on the nail swatch just to show the beauty in these two.

Next are two of the same Essence nail candies Soda Pop & Candy Shop polishes. When they discontinued these I bought as many as possible. I'm embarrassed to reveal the number but in my defense I mostly bought them for my mom but when I started to see them getting separated I was urged to use them so I won't have to throw them away like I have to do with the first two bottles from Avon. I mostly used these two as base coats, one layer under every manicure but sometimes I would do three coats to get that lovely and easy going milky manicure. I still have plenty of them left so expect some more empties of this kind in the future.

The last one is a topper and a bit unusual for me, it is from Misslyn and I think at first this was a limited edition but then they just left it in their range. It is named Mon Amour. It is a fun topper to use but the little harts are actually quite big if you have curved nails like I do so the ends of the hearts pretty much always stuck out and it would get caught in everything (hair, tights...) and would flake off so I decided to pass it on while the formula is still good. 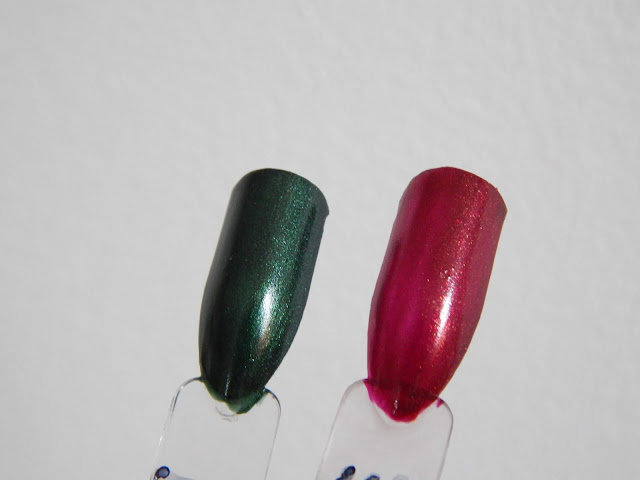 Here are Midnight Green and Golden Wine, the only two from this bunch that I will have to throw away while there is still plenty of polish left. It makes me sad but that is the price for having too many nail polishes.


Thank you for reading and have a nice day
Posted by Bear Woods at 10:19 PM