the end of the month is here and I'm back with my empties post. I think I have quite a lot of products this time but not as much as I had at my last end of the month one where I split post into two. 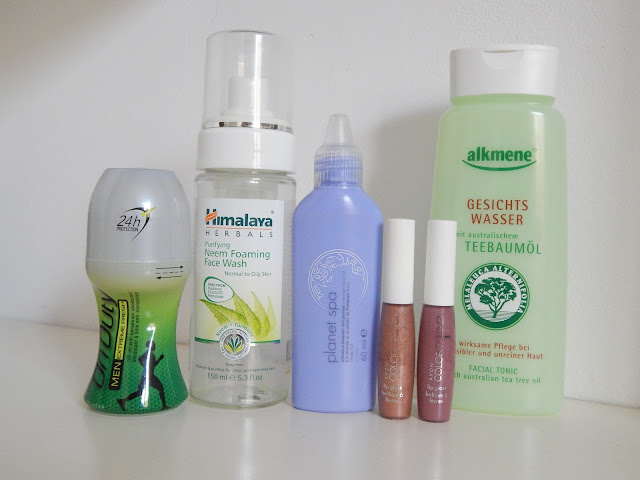 First we have old Avon On Duty Extreme Fresh deodorant for men. They discontinued this line a couple of years ago and since I loved it I bought a couple of backups. Till then I only tried one female version from this line and when they went out of production there weren't much of a choice and I think everyone would agree with me that when you find deodorant that works for you then you stick with it plus I like men scent so at the end it was all good. In smaller print it says it is antiperspirant deodorant (I won't bore you with the difference since I believe you already know it). While using it I think I still sweat as usual so did it work as antiperspirant? No, but it had nice manly and slightly peperminty scent which became more obvious when I was sweating. For me this line worked and I was so happy that Avon decided to came back with it, some of the names are the same so maybe they didn't tweak the formula too much and they are still the same. Hope dies last, right?

Next is Himalaya Neem Foaming Face Wash for normal to oily skin. I won't blab too much since this is my second bottle already and I really think it works for my skin and it is not too expensive. I dedicated to it the entire post here. I would repurchase it but at the moment I have at least three other washes which I need to clear up but after that I will probably get another bottle of this.

In purple bottle is old Avon planet SPA Provence Lavender and Jasmine overnight facial oil. I bought this ages ago and completely forgot about it. When I dig it out I didn't dare to use it on my face but I rather used it as a body oil and my skin seemed fine with it. It had lovely scent, more of a Jasmine with just a hint at the end of Lavender. I would definitely repurchased it if it would still be available or something in the same scent. 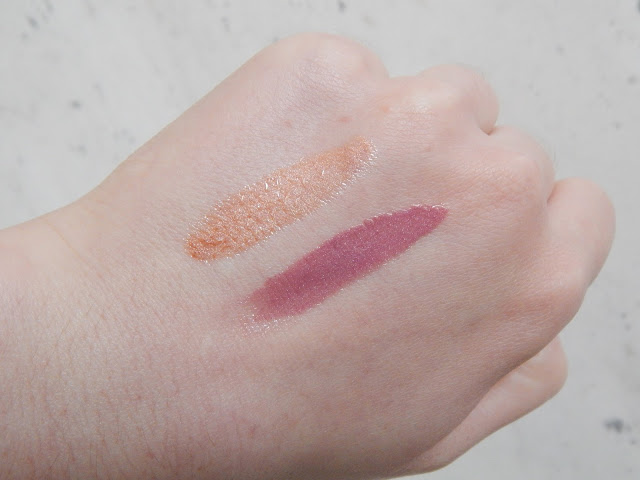 These two fellas were featured on my blog just recently. They are part of Avon Color Trend line, nude is called Urban Bliss and purple is Pucker. I like the formula from this line and the scent but mine are couple of years old and the scent on Urban Bliss changed while Pucker isn't the shade I would like to wear. I remember I bought them (at the same time I purchased also the third bright red shade named Kiss) because they were cheap and I wanted to try some more colors but at the same time I thought if I won't like them I can still toss them because I didn't pay much for them. At the end that happened, UB. is half used while I used P. only a handful, my only hope is to finish the red shade before it goes gross.

The last item is Alkmene tea tree oil infused toner. I liked this product and I tried to use it day and night to keep my skin clear but honestly when it got better I stopped using it. I reached over only when I had breakouts and in combination with all other products I really don't know if on its own really did anything but at least I had a good feeling. It didn't harm my skin and I really like the scent of tea tree oil so probably I will repurchase it but I still have some other 'normal' toners which I have to use up first before purchasing more.

Thank you for reading and have a nice day
Posted by Bear Woods at 1:00 PM