today I'm showing you one of my favorite necessities when it comes to make-up. I think we can all agree that most of us 'need' a bit of concealer under our eyes and I think I have found the one. I think I said that before about it's cousin but this one is even better for me. 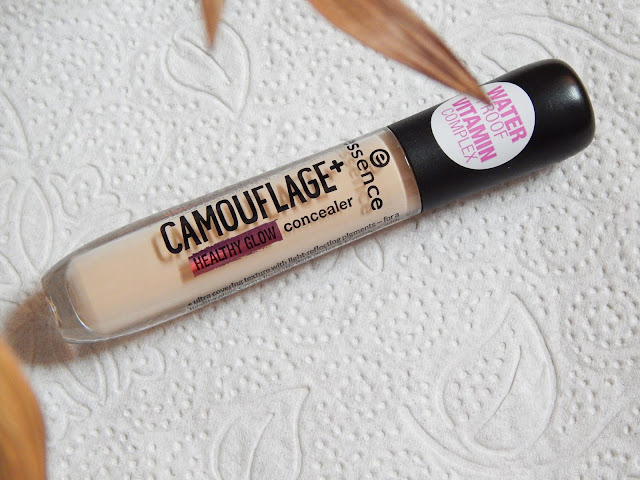 It is the 'new' Essence camouflage healthy glow waterproof concealer in the shade Light Ivory. There are only two shades (mine is the lightest of the two) and a matte version which carries three shades. 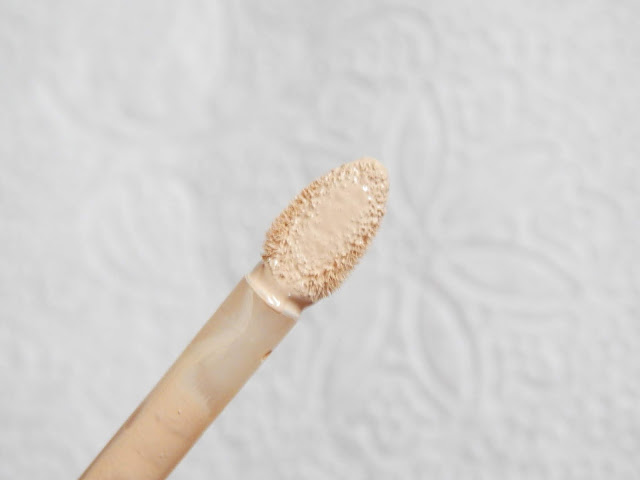 I like the heart shaped applicator even though I always apply it on the back of my hand and never directly under my eyes (I'm too scared of contamination). 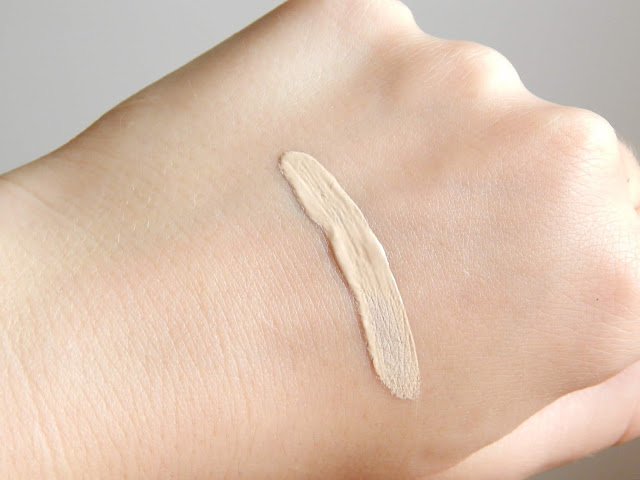 The shade is a bit lighter than my skin and yellow toned so it adds a bit of brightness to my under eye area. I think it fits me pretty well but I can't use it on the other parts of my face (to cover pimples) because the lighter tone drags too much attention. For the rest of my face I still use Catrice camouflage cream in the pot. 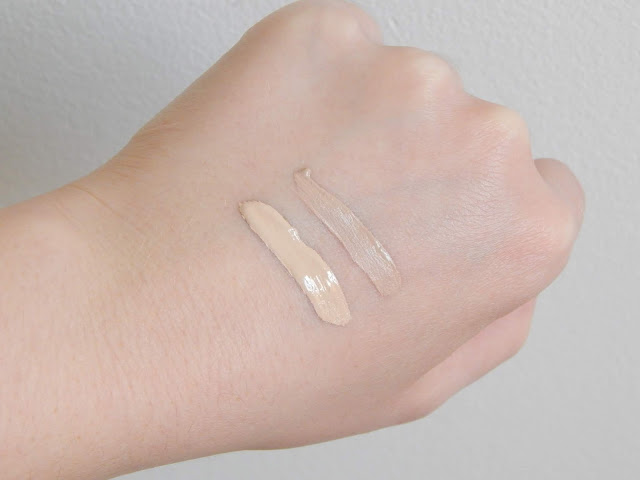 Here I compared my new and old favorite of mine. The first swatch is Essence camouflage healthy glow in Light Ivory and second is Catrice liquid camouflage in Porcellain. Wow, I didn't really think that the colors and tones are so different but here you go. Porcellain matches my skin perfectly, I can use it under my eyes and also everywhere on my face which is great because one product does it all. I have noticed that the Essence has a bit lighter coverage that the Catrice one but it is still pretty impressive. I would say that both are medium to high coverage concealers. The only thing that bothered me with the Catrice concealer was that it creased ever so slightly but with the Essence one I can barely notice anything. On the long run Essence one looks more natural (I only have to make sure that I blend it well with my foundation so it doesn't look obvious because of the tone differences) because I don't even need to touch it up.
Not accentuating my fine lines under my eyes is a big factor and in this run the Essence wins for me. I like it so much that I'm using it non stop and it is almost empty (don't worry, I already bought a new tube of it  ;). There is still a little bit left in the Catrice bottle which I will use up after time but I don't think I will repurchase it, not if Essence decides to stick with their camouflage.

Thank you for reading and have a nice day
Posted by Bear Woods at 9:30 PM