Summer is way gone and I'm so behind with my make-up testing. I bought these two fellas right when they came out and I think it was at the begging of the summery season. 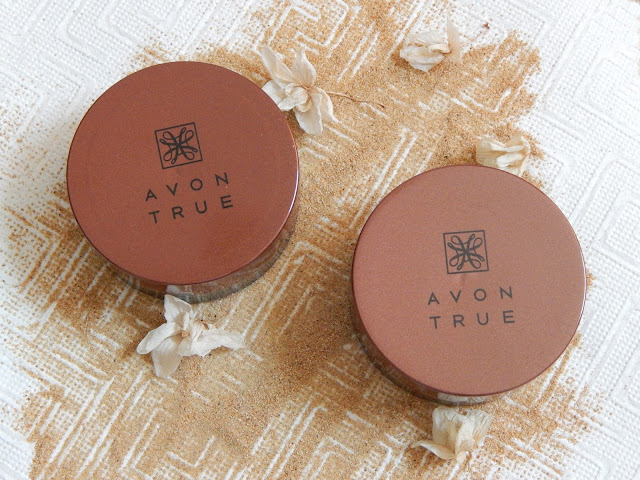 They are the 'new' shades from the Avon True bronzing pearls make-up line. They came out with four shades and I bought two of them. For me they are a mix of highlighters and bronzers well at least on of the shades is a mix, the other one is a straight up highlighter. 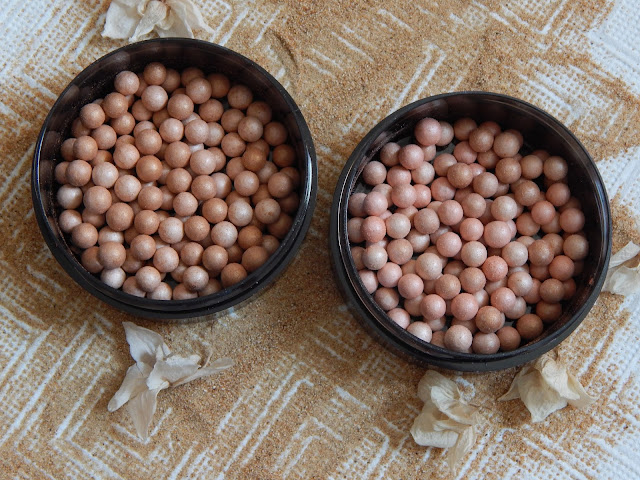 The first one is Medium Tan and it is pretty golden, you will be able to see it on the swatches. In the packaging pearls are in three different shades of beige and brown but the overall look that they give is very shimmery.
The pot next to it is simply called Cool and holds peachy pink tinted pearls. This one is lighter and definitely cooler toned. 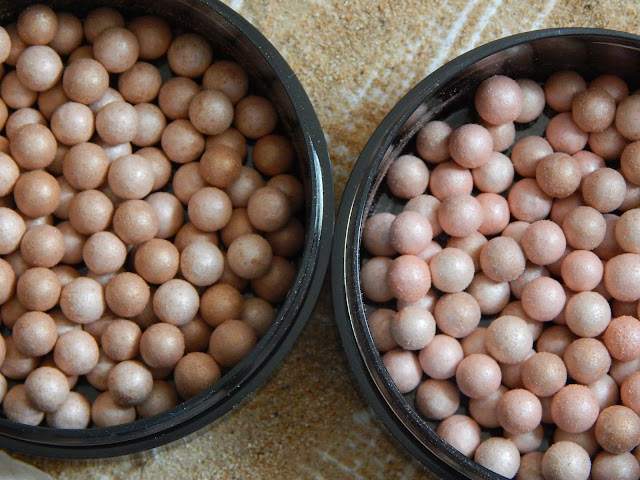 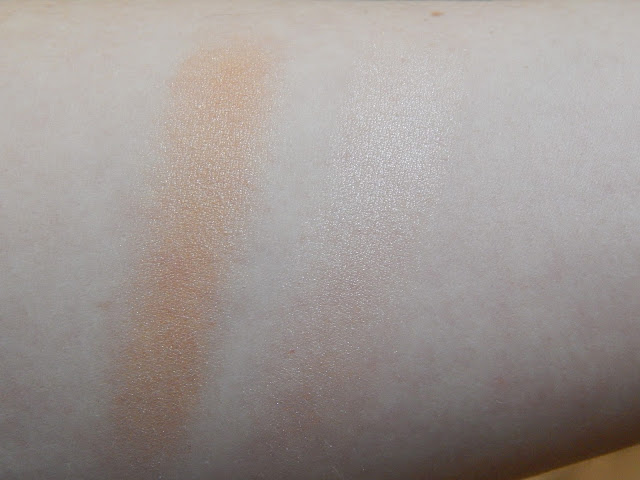 This is how they look on my pale complexion and the Medium Tan pulls very orange on me so I basically only wore it as a bronzer/blush topper because it is too pigmented to be worn on high points of my face. 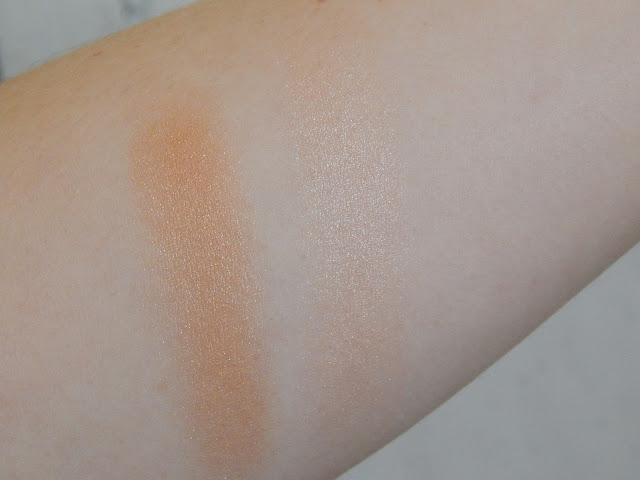 On the other hand I love the Cool version even though I have a lot of yellow therefore warm undertone. I think this more of a pinky-white sheen complimented my pale complexion well and I was even able to pair it with a lot of different blushes. I wish I would test them sooner and just return the Medium Tan shade but I was too late and I will try to find other uses for it (think eye shadow).

They have two other shades but I have a very strong feeling that they will be way too dark for me so I won't even bother with ordering them.


Than you for reading and have a nice day
Posted by Bear Woods at 9:20 PM