today I have one almost forgotten item for you. I think I bought it last year hence the old packaging (now it has Mark written on it but the brush still looks the same and I imagine they didn't change the formula so they essentially just slightly renowned the tube). 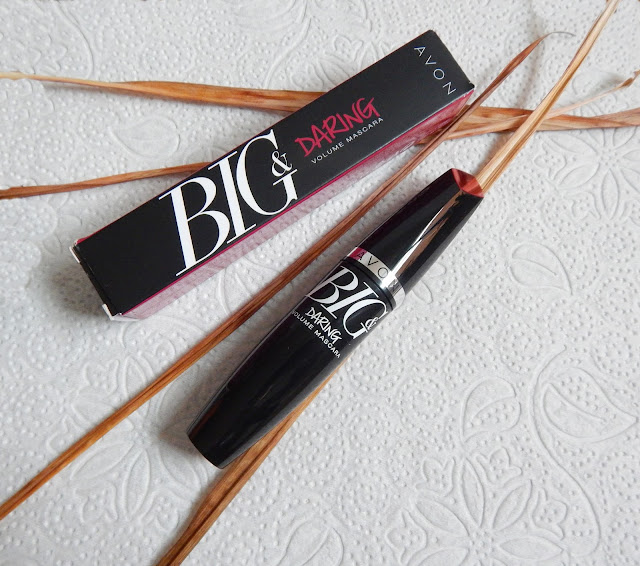 It is Avon Big & Daring mascara which is supposed to give you almost fake looking lashes and according to that I had high hopes. I am using their mascaras my whole life (well I think I started using make-up since I was 18 and I have always been ordering Avon mascaras and they more or less all worked for me). 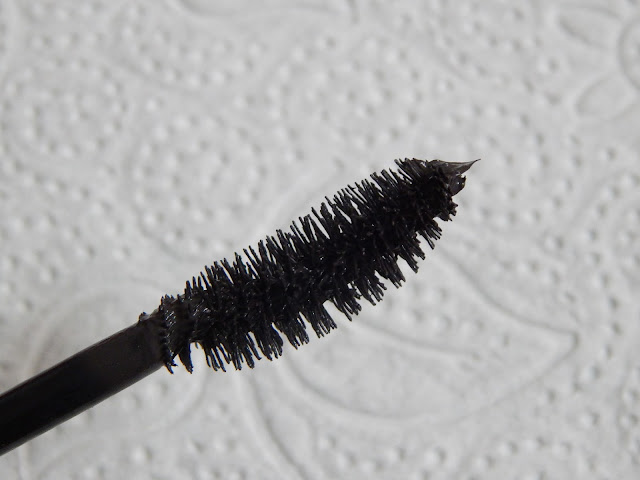 The wand is curved and the bristles aren't rubbery (what is the term for this type of spikes? It seems like more of an old fashioned wand, most of the companies releases plastic bristled wands these days) and I always get the plastic wands so I wasn't sure how I will like it. I don't think I had a problem with the wand since the shape of it helps coat the curve pretty nicely but I think that the formula was not right for me. At first it was a little bit too wet as most of mascaras are so I let it sit (two months) and it still performs the same. After curling I applied it and approximately after 30 minutes the curl dropped. If I just curl my lashes on a lazy day the curl stays with me almost all day but after I applied this mascara on top it dropped, does that means that the formula is too heavy? That is hard to believe because it didn't do much for me. It didn't elongate or thicken my lashes, it just kind of looked like I don't have anything on. What is the point of coating your lashes with it if it looks like nothing? It didn't wow me like I wanted to and I was hoping for a dramatic change since the name sounds so promising. It does have some plus sides as well, it doesn't clump or crumble. If you are looking for a mascara that just gives you some color and looks super natural you might want to look into this one but for all the other ladies who wear mascara to impress then skip this baby.

Thank you for reading and have a nice day
Posted by Bear Woods at 11:01 AM